If you Rent, You Need Tenant Insurance.

Nine years ago, Taylor and Rachel were in their three-story apartment off Bank Street in Ottawa, Ontario when they heard a knock on their door from the fire department. They needed to evacuate their unit because the deck from the unit below them was on fire. Minutes later, they watched the entire building burn to the ground from across the street. They would lose almost everything they owned and did not have tenant insurance, personal liability or additional living expenses coverage. Insurego recently sat down with our friends to share their experience with us.

“You’ve never experienced a fire until you are standing in the street, without socks on, in the middle of March, watching your home burn to the ground – with almost everything you own inside.” – Taylor

“Seriously, what do you do? It’s a blur, you just need to act quickly and get to safety, but you aren’t thinking,” Taylor told us. “We had just enough time to grab our laptop and throw it in a backpack before we needed to be out of there.”

The fire itself was thought to be relatively small at first – caused by a burning cigarette left in a flower pot on the deck below.

“I remember standing across the street watching the scene unfold. The house we were living in was old and the fire quickly spread through the walls and in a few minutes, the whole building went up in flames.”

Taylor and Rachel lost almost everything in the fire. They were left without their wallets, passports, clothes, their mountain bikes – everything.

“That was our first house together,” he said. “We had just moved to Ottawa from Toronto about four months earlier and thought, ‘we don’t have a ton of stuff, we don’t need tenant insurance right now. I mean, we looked into insurance, but thought we were pretty careful and didn’t need to spend the $31 bucks a month.”

Rachel added “nobody expects to ever be in that situation. We didn’t expect that our neighbours would be negligent and would cause so much destruction. We thought maybe we’d have coverage because our landlord had insurance. The landlord couldn’t do anything for us because their insurance covered only the building. Everything inside the walls was ours, and without tenant insurance, we were not covered.”

What is Tenant Insurance?

Tenant insurance protects your personal items from loss due to fire, flooding or theft. It covers the cost to replace your personal property like furniture, clothing, electronics, books, artwork, and even your dishes, cutlery and towels.

Rachel said “you don’t realize how much stuff you’ve actually lost until you go look for it, and it’s no longer there. You don’t realize until you have to replace everything, that everything – even the little things like toilet paper, socks, underwear, dental floss – have a cost and it all adds up.

In addition to losing their contents, Taylor and Rachel were displaced by the fire.

“The Salvation Army helped us out with two nights at the Lord Elgin hotel, but that’s all we had, plus a few vouchers and gift certificates for restaurants. The hotel was a nice break from the chaos we had just experienced, but after two days we needed to check out and we were literally homeless. We were still relatively new to Ottawa; we had a few friends and colleagues, but no local family to rely on or to help us out.”

Over the next two weeks, they would move from the hotel to a hostel and then to the University of Ottawa for a temporary stay in one of the residences. They also stayed at a friend’s apartment for a week while they were out of town. Friends, colleagues and total strangers would also take up collections and they were given a suitcase of hand-me-down clothing and a box of non-perishable food. But all the costs were adding up.

Insurego’s tenant insurance also includes additional living expenses, which covers emergency accommodations (like a hotel) and extra costs (like restaurant meals, groceries, storage fees and even the cost to replace passports and licenses) while you cannot live in your home after a major disaster, up to your limit. Your claim limit is typically 40% of your total personal property limit, for example, if you have $50,000 worth of personal property, you would have $20,000 of additional living expenses coverage included.

“You can only schlep your belongings from hotel to hostel to family and friends, and on your own dime, for so long.”

Looking back, they said they wish we were smarter with insurance. They were 27 and just starting their lives together. The fire cost them thousands of dollars. They told us that they still haven’t replaced everything they had.

Nine years later, they’re still trying to recover from it. Taylor and Rachel now live in Barrhaven with their young daughter and Taylor now works as a property manager and tells everyone he knows who rents his story.

“They need to know how important tenant insurance is. You need to have it and not need it, rather than needing it and not having it.”

Times have changed and most of the landlords Taylor works with now require proof of tenant insurance before their tenant signs a lease. This protects both the landlord and the tenant from any risk or disputes that could arise. Tenant Insurance also protects the policyholder with personal liability coverage which covers you against accidental damage you or your guests may cause to the property, or from bodily injury sustained by others while on the property.

You can buy your tenant insurance from Insurego and instantly receive your proof of insurance to send to your landlord.

Get insured in minutes by filling out our easy to use application form and protect yourself from the unexpected.

*Please note, this article is not intended to be advice. The best advice this blog will give is to call your Broker for advice. 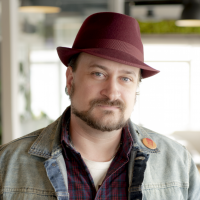